I originally started out with the aim of building a system that achieved 3 goals - low power consumption, enough grunt to deliver the workloads I’d like to run, plus be (relatively) quiet. As you can probably guess, I’ve achieved only two of those objectives (plus blowing my budget in the process).

Having recently moved back to Australia from the UK, I’ve gone from spending approximately £500 a year on electricity and gas, to what I estimate will be $1500 AU on electricity (no gas appliances in our current house). If you weren’t already aware, Australian summers can be hot (or bloody hot, as I prefer to say). Living in Melbourne means summers are shorter than Sydney or Brisbane, but I’ll still have two issues - heat and the cost of running a lab at home.

I first started looking at a Lenovo ThinkCentre M83 SFF Pro, as it’s the only small-form factor PC that I can find that can take 32 GB of RAM. While it looks like a good PC, it was coming out a bit expensive for what it is and an unknown quantity when it comes to noise.

It’s been a long time since I’ve built a PC from scratch, so to get exactly what I wanted, I thought this would be a good opportunity to do so. First though, a word of caution, I’m no expert, what I’ve ended up with worked for me and this spec could be definitely be improved upon.

My first step was to settle on a CPU - that way I can build everything else around it as the choice of CPU has an impact on the socket and motherboard plus the maximum amount of RAM. While I did do some research on various processors, I did find that I ended up being limited by availability.

Intel CPUs have been my personal preference, so I ruled out AMD immediately. If I’d used an AMD CPU, I probably could have saved a bit on the final build.

Starting with the Core i5 made some sense, both from a power consumption and cost perspective, but the i5 has two things going against it - no Hyper-Threading and a maximum of 32 GB of RAM. I didn’t want to limit my workloads, so I’ve gone with a Core i7. 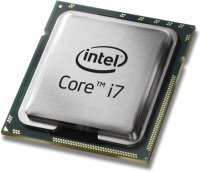 As I’m doing testing and modelling with a solution that utilise a lot of RAM, I really needed to go with as much RAM as I could afford. There ended up being about $500-$600 AU difference between a 32 GB system and a 64 GB system, so budget be damned, 64 GB PC is what I got.

I had originally wanted to build a system around a min-ITX or mini/microATX board to build a smaller PC but the choice of CPU using the socket LGA2011 and 64 GB of RAM has forced me on to a full ATX board.

As I’m not interested in over-clocking, my requirements for a motherboard were simple - I went for the lowest price board that could fit 64 GB of RAM (8 DIMM slots) and supports a minimum of 4 x SATA3 (6Gbps) ports. Unless you’re looking at server boards, you’ll find most desktop motherboards come with a lot of extra features that are just not required for a lab server (sound, SPDIF, heaps of USB ports, FireWire etc.).

ASRock Extreme6 with 5 x SATA 3 ports. One thing I’ve found out in building this PC, is that the Intel chipsets typically provide 2 x SATA3 ports only. The remaining SATA ports are provided by a second chipset (or sometimes even a third chipset). Not a problem for Windows, but not the best choice for ESXi (more on that later).

Filling it With RAM

Housing the Rig in a Case 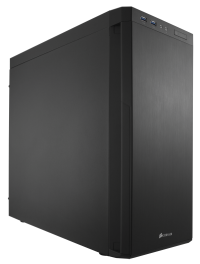 I had two main requirements for a case - help the PC be as silent as possible and look unassuming (as it’s not locked away but sitting next to the living room). Additionally, as I’d locked myself into an ATX board, I needed an ATX case.

When picking a case, I looked at cooling options as well - by picking a CPU cooler, case fans and a case from the same manufacture, I was comfortable that I could build the system knowing that every thing would fit. I picked the Corsair Carbide 330R Quiet Mid-Tower case which looks nice and has good reviews. 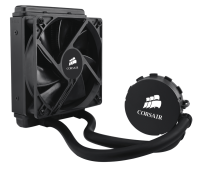 While a water cooler probably pulls more power than a heat sink/fan combination, I went with water cooling to ensure I could move heat away from the CPU as efficiently as possible.

I chose the Corsair Hydro Series H55 Quiet CPU Cooler. This is a single fan, 120mm radiator but should be enough to sufficiently move any heat generated by the CPU.

The 330R includes 1 x 120mm (rear) and 1 x 140mm fans (front), but I’ve replaced those with Corsair’s Quiet Edition 120mm and 140mm fans with a second 140mm in the front to pull in more air. The case does include room for two 120mm or 140mm fans with a radiator in the top, which requires popping the top plate off to allow for exhaust but would increase the noise coming out of the system.

In the PC I have installed:

I’ve also got an 8GB USB3 flash drive that ESXi is running from. It will be interesting to see when this drive fails, which is inevitable if I’ve got an OS running from it.

Calculating how much power was quite simple, once you find a tool that does it for you. Bryan Chriscoli put me onto eXtreme Power Supply Calculator Lite which does a fantastic job of calculating the minimum PSU wattage required.

This is a 450W 80 PLUS Gold Certified (i.e. highly efficient) modular power supply, which is probably more than I need but I found 400W power supplies, that didn’t look like cheap crap, hard to come by.

The RM450 has a fan that will only power on after the PSU reaches a temperature that requires a fan shifting heat, keep noise down during normal operation. It’s a great quality PSU that looks good and feels nice in the hand.

I had originally looked at the Seasonic 400W fanless power supply, but was a little worried that on a really hot day, shifting heat out of the case could be a problem and it’s also a pretty expensive PSU.

The ASRock mother board has a single Broadcom BCM57781 Gigabit adapter on-board, so I’ve added an Intel Gigabit CT Desktop PCIe adapter. This way I can use the Broadcom adapter for management traffic and the Intel adapter for virtual machine networks.

Something I didn’t realise until I’d put the whole thing together, is that the ASRock Extreme 6 motherboard doesn’t include a GPU. I’d originally focussed on motherboards with on-board Intel graphics and completely forgot to check the ASRock board when ordering it. So I’ve added an EVGA NVIDIA GeForce 201 fanless graphics adapter to the build as well. While this is silent, will have increased the power consumption of the system a bit.

Thoughts on Building this PC

Building this PC took a really long time - it’s been quite a while since I last built a PC and I needed to ensure I got this one right and it was up and running on first go (other than having to source a graphics adapter after completing the build).

Here’s a few thoughts and tips if you’re looking to build your own lab PC:

Getting this up and running under Windows Server 2012 R2 was very simple, practically all drivers were picked up by Windows natively or found on Windows Update. Taking a look at Task Manager is a thing of beauty: 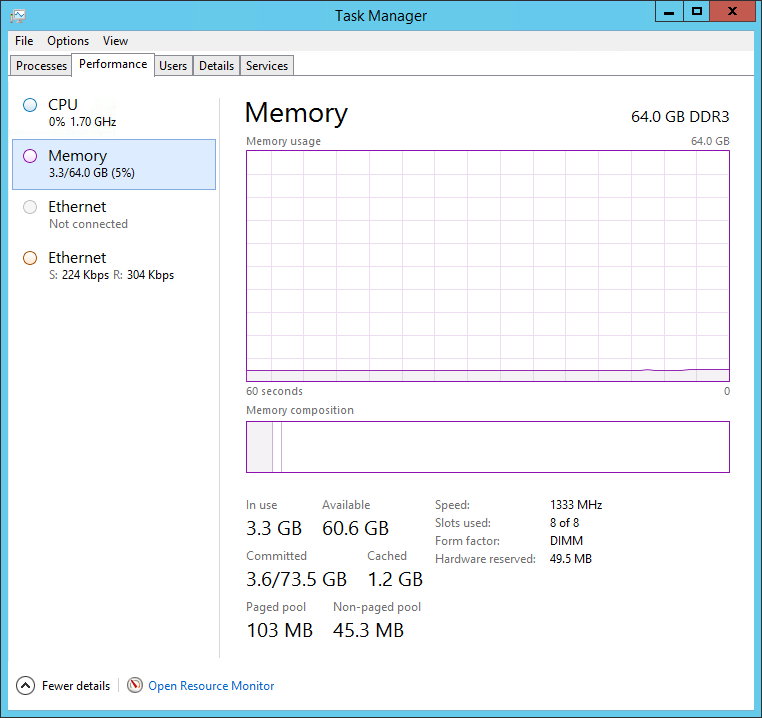 I’m yet to do full performance tests and one thing to attempt is running Login VSI to see what I can get out of it. A simple test of IOmeter simulating a VDI workload on ILIO for Persistent VDI drove an impressive 42K IOPs (with ILIO for Stateless VDI doing about the same number). 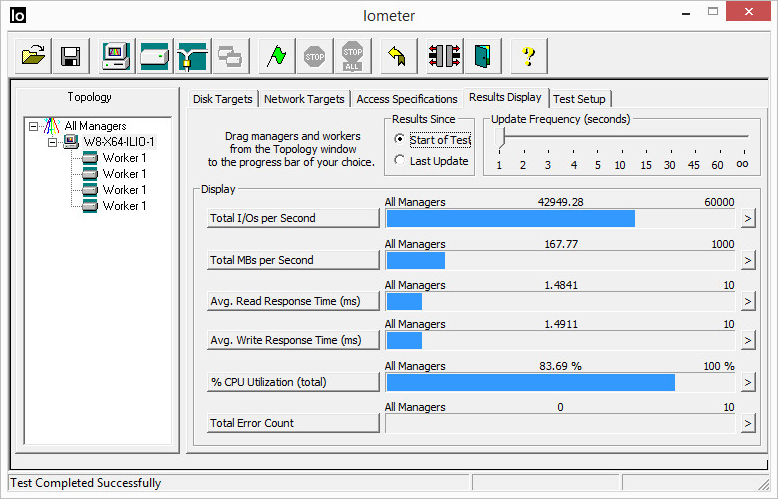 As for power consumption, at idle with ESXi 5.5 booted, it draws up to around 105 watts. I have seen it drop to a low of between 65 and 71 watts as well. As a very basic CPU stress test, I ran HeavyLoad 3.3 on a Windows 8.1 x86 virtual machine with 1 vCPU and 8 cores. Power consumption jumped up to a consistent 128 watts. 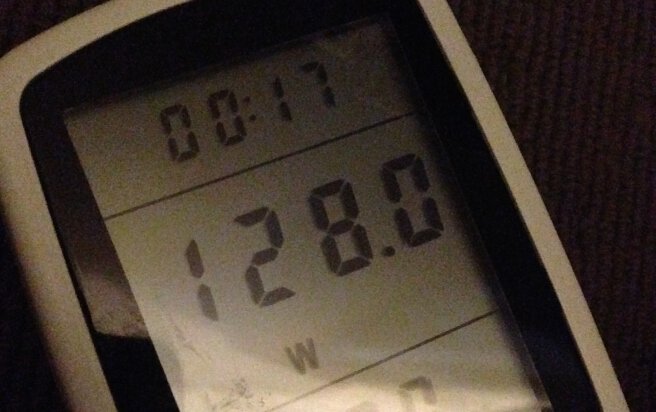 So not as low power as I originally set out to accomplish, but with this configuration it’s a pretty beefy work horse. Some more testing with different settings and under Hyper-V is required.

Here’s the final list of components that went into the build and the price in Australian dollars. I’ve colour coded the totals to make it simple to see where the costs went into. It’s not surprising that the most expensive component of this build was the RAM.

Finally, here’s a look inside the finished build: 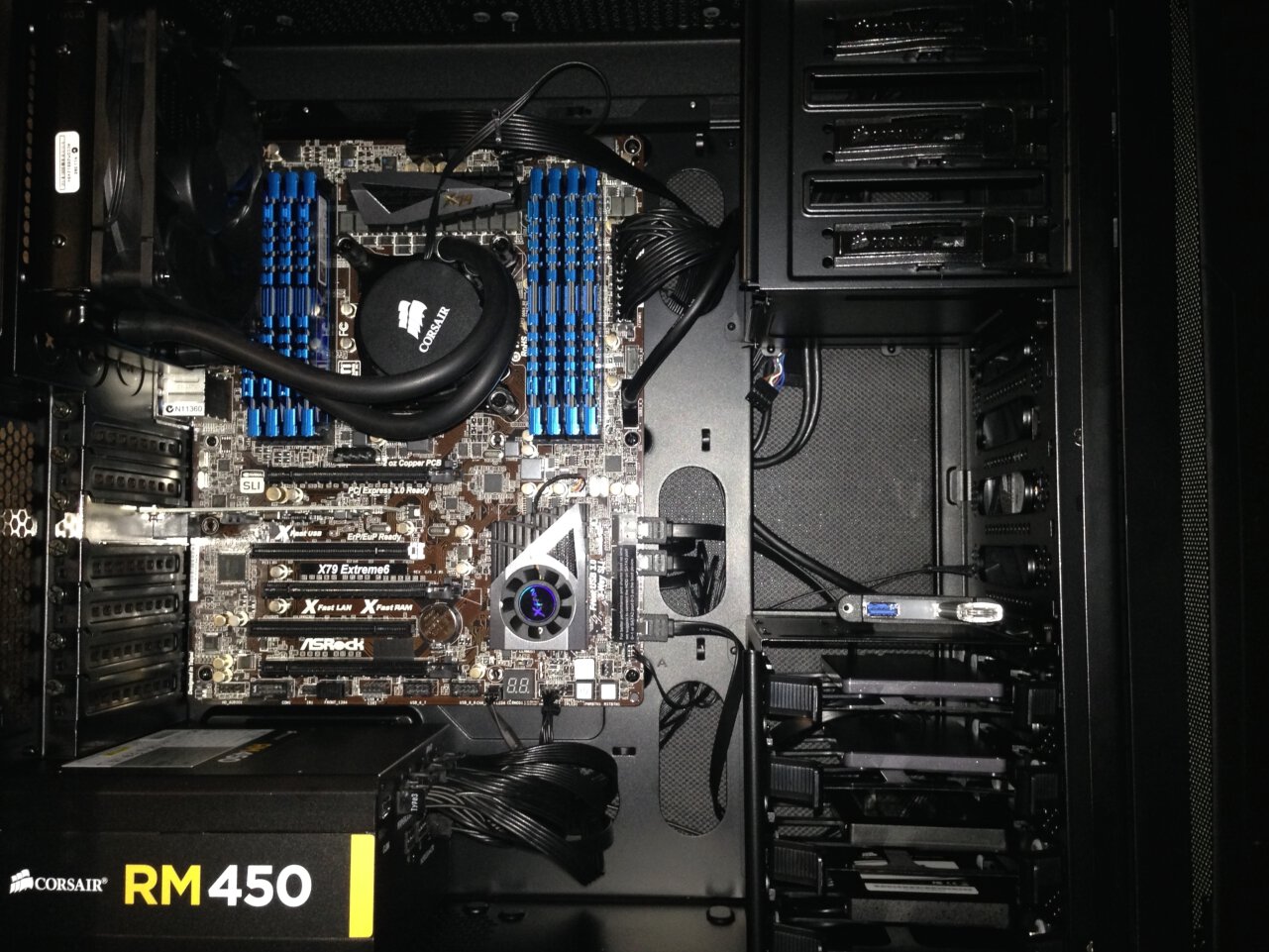