<img class=”alignleft size-medium wp-image-775” style=”border: 0px;” title=”softgridcube-java” src=”/media/2008/10/softgridcube-java.png” border=”0” alt=” before, but it’s not because I like Java… So before I get into a tirade about it, here’s yet another post on the subject..

Justin Zarb has a post on running different versions of the JRE which works great, but I would prefer to get it working without resorting to scripting. To do that I’ve taken advantage of behaviour of the sequencer that takes registry keys deleted during the sequencing process, and hiding them from the resulting bubble when the application is executed on the client.

To achieve separation between the JRE in the bubble and the JRE installed on the system, I’ve followed this basic process:

By implementing steps 2 and 3 you essentially create the anti-JRE which enables you to completely hide the versions of the JRE installed on workstations in your environment – no scripting at runtime required.

Here’s an example of this process in play: the first image below shows some of the HKCUSoftwareClassesCLSID keys, added by 1.6.0_07, seen in the real (non-virtualised) registry: 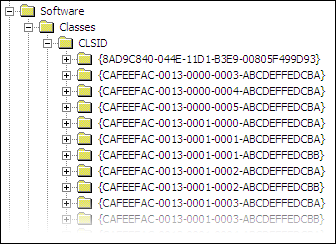 By adding those keys to the sequencer machine and deleting during sequencing, we end up with only the keys added by the 1.3.1_10 installer. Here is the same HKCUSoftwareClassesCLSID key seen inside the bubble:

All sequencing was performed on a clean installation of Windows where no versions of the JRE had ever been installed. This was done to ensure complete control over the sequencing environment and to ensure

To capture the keys that are installed by 1.6.0_03 and 1.6.0_07, I sequenced those versions and opened the resulting package in the most excellent SFT Explorer. From there you can export the registry keys created by the installer. 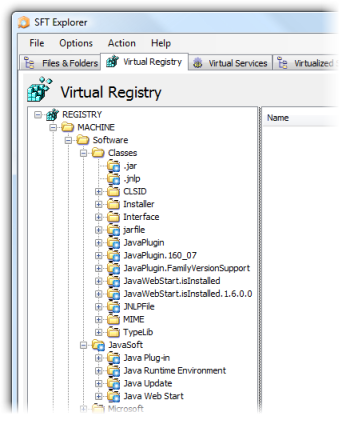 From that exported registry file I’ve created a script that will add those keys to the sequencing machine (keys only, values are not required):

This script is then run before sequencing takes place so that the same keys can be deleted before installing the older version of the JRE, and those deletions are then picked up by the sequencer.

Installing and Capturing the JRE

I’ve scripted the install process to make things simple, so here’s the process the occurs during sequencing:

Here’s a copy of the install script:

After installation and capture is complete, a few steps must be completed in the Sequencer before saving:

Once you have completed the sequence and are running the package on your client, you should see the virtualised JRE as the default Java machine in Internet Explorer inside the bubble: 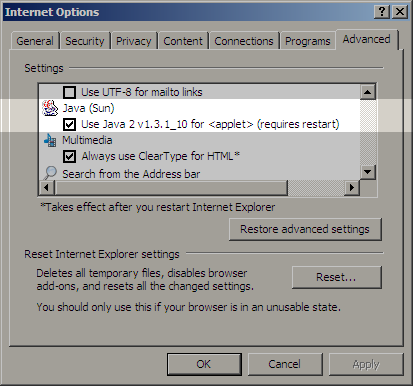 Whilst running Internet Explorer normally, the installed version of the JRE will be the default: 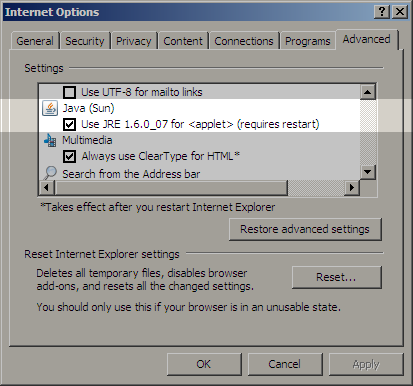